Colorado’s famed landscape lures outdoor enthusiasts to its mountain trails and alluring hotsprings year-round. Less well-known is Colorado’s spooky past, with over 1,500 registered ghost towns strewn across the state.

Abandoned towns of Colorado are a little like time machines, offering a fascinating insight into former residents, their hopes and dreams. With more than 1,500 registered ghost towns, almost 600 ghost towns are sufficiently intact. Many of them are former mining towns which transformed from gold to ghost as fortune seekers followed the gold rush of riches revealed by intrepid miners, before moving onto the next ‘big thing’.

Southwest of Buena Vista is one of Colorado’s most popular and well-preserved ghost towns, St Elmo. At its peak in the 1870s St Elmo had over 2,000 residents, five-star hotels, saloons, and a telegraph office. If you’re a bit of a ‘ghost hunter’, St Elmo is home to the most paranormal activity of all the ghost towns in Colorado. Despite the ghostly activity, the area still has a small number of part-time residents. While exploring St Elmo don’t miss visiting the General Store and Home Comfort Hotel where you may just be lucky enough to meet the town’s most famous resident ghost ‘Dirty Annie’ Stark’.

This once-bustling mining town had a seductive secret that has since become a major tourist hotspot – the ‘Social Tunnel.’ On the way to Tomboy you’ll pass through this trail on the way to town, taking a similar journey to the men of Tomboy Mine. Now, we’re not spilling any secrets, but, allegedly, this is where single women would intercept the miners trip home to their wives for some, let’s call it intimate socialising.

Located at around 3,300m above sea level on the Independence Pass this ghost town near Aspen is accessible only during spring through to fall season when the snow clears. In 1879 the town was named Independence when miners found fortune here. The community had over 40 businesses and close to 1500 residents. But its harsh weather had most townsfolk heading to Aspen by 1890. After the blizzard in 1899 few remained and by 1912 the town had been completely deserted. The steep passage was a treacherous journey for the stagecoaches brave enough to venture along it to reach Leadville and Aspen in the 1800s. Relive the exciting adventure thanks to the Aspen Historical Society, who give tours of the abandoned mining town.

From 1877 through to the late 1940s Alta was considered a leading town to head to for fortune hunters with gold fever. This region just outside Telluride is now listed on the National Register of Historic Places. Its historical significance is due to several original buildings including outhouses, a boarding house and the cabins that townsfolk once resided in. But it’s also well known for its dramatic, scenic high-alpine views. After you’ve explored the ghost town of Alta, stretch your legs at Alta Lakes, where you’ll find the perfect destination for hikers, campers and lovers of the outdoors.

About five hours south of Aspen is one of Colorado’s best-known southern ghost towns. Famed for the two-story Duncan House, local lore suggests that this impressive building was where mining heiress and owner of the Hope Diamond, Evalyn Walsh, wrote her biography. With rough road conditions it is best to tackle this route to Animas Forks by four-wheel drive.

Not to be mistaken for the South Park animated TV show, this restored ghost town is a living museum. While most ghost towns leave visitors to their own devices when touring the ruins of their gold rush heyday, South Park City Museum takes a more structured approach with lots of information to give visitors a real insight into the region’s former residents. The region’s history is displayed clearly and in an educational way, even allowing guests to get up close to the ancient artifacts. There is also the Mountain Man Rendezvous each summer, where you can watch re-enactments of Colorado’s early days.

A short drive from Aspen, with a spectacular mountain backdrop, this historical town was once home to 2,000 residents, two newspapers, 20 hotels and a school. The town was in its heyday during the gold rush, which were short-lived, going from boom to bust within the space of five years. Take a guided tour of a dozen or so buildings preserved by the Aspen Historical Society. Explore the jail, post office, livery stable and the Blue Mirror Saloon on a guided tour to get all the inside knowledge or wander the streets and create your own imaginary stories of how this town looked during its glory days.

Founded in 1877, and not far from Lake City lies another ghost town that fell short of its forefather’s aspirations. The name Capitol City is a giveaway. This town had lofty dreams of being a silver-mining town and the state’s capital city. Nowadays, it’s main attraction is its historical aspect with its insights into the past. Visit George S. Lee’s 1870’s-builtmansion, as well as the original post office and cabins. With a picturesque backdrop of aspen trees and stunning views, it’s easy to imagine the once grand plans for Capitol City.

In the late 1880s the town of Guston town was established in one of the richest mining areas. It took its name from the nearby Guston mine, however it was the Yankee Girl that became the most famous in the area. Most traces of this region have vanished today. With the exception being the headframe of the Yankee Girl Mine, its remains one of the most photographed sites in Colorado thanks to its magnificent mountain backdrop. 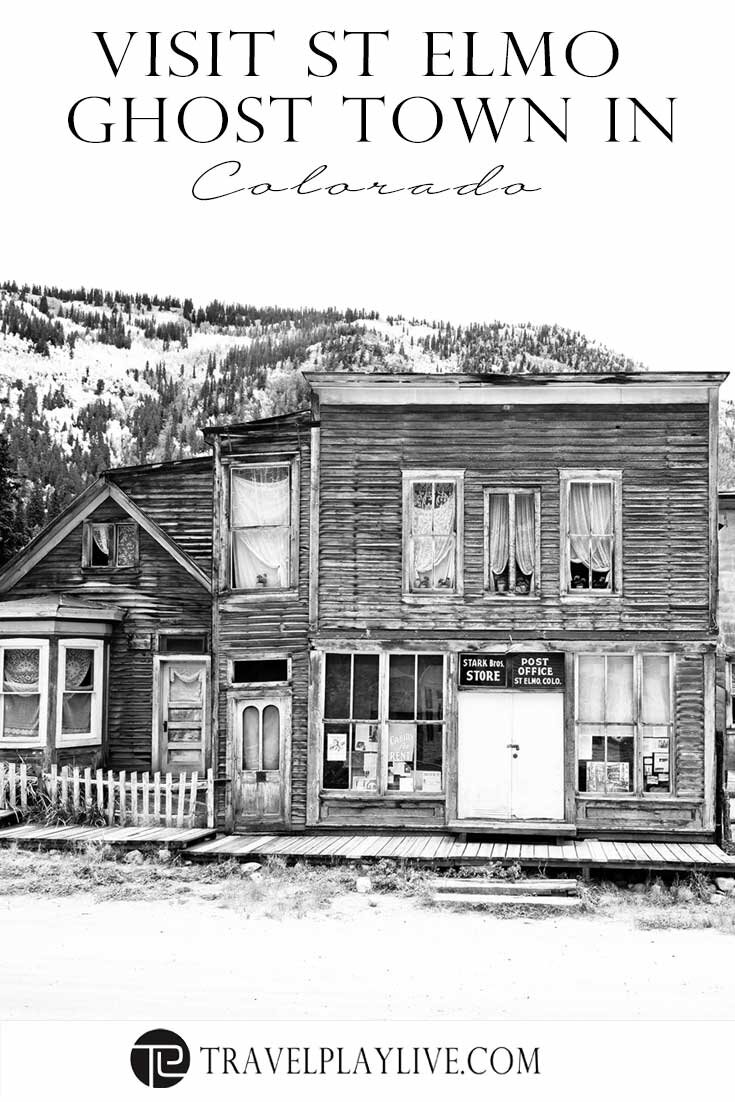 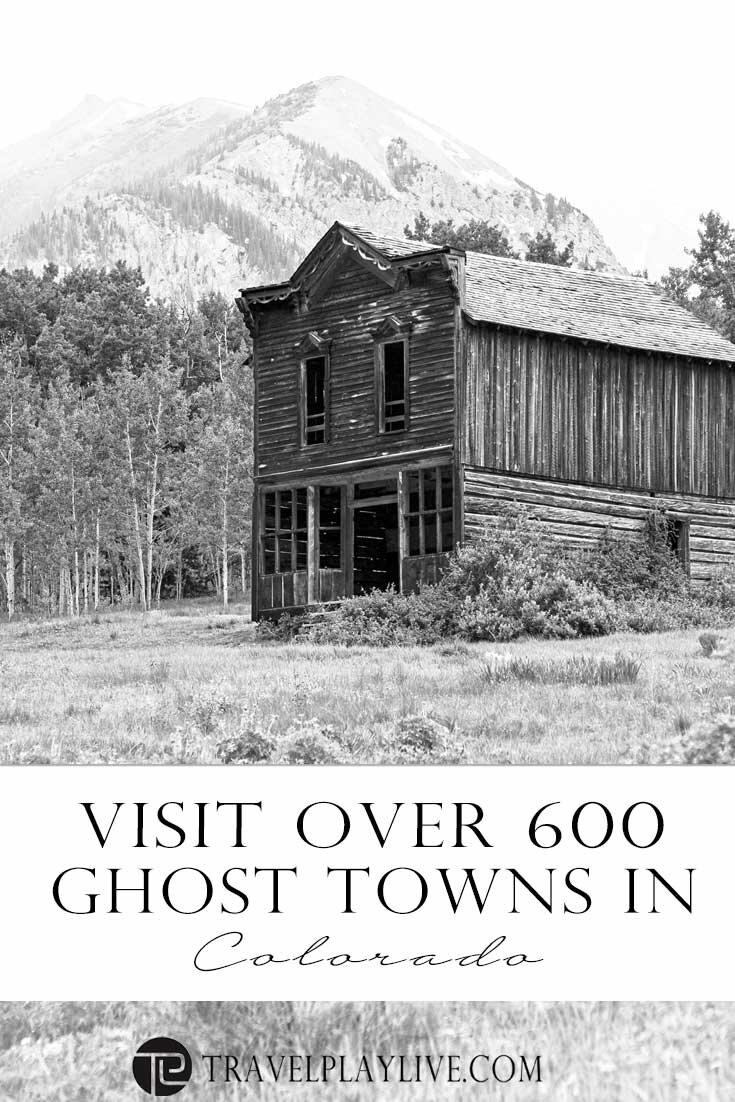 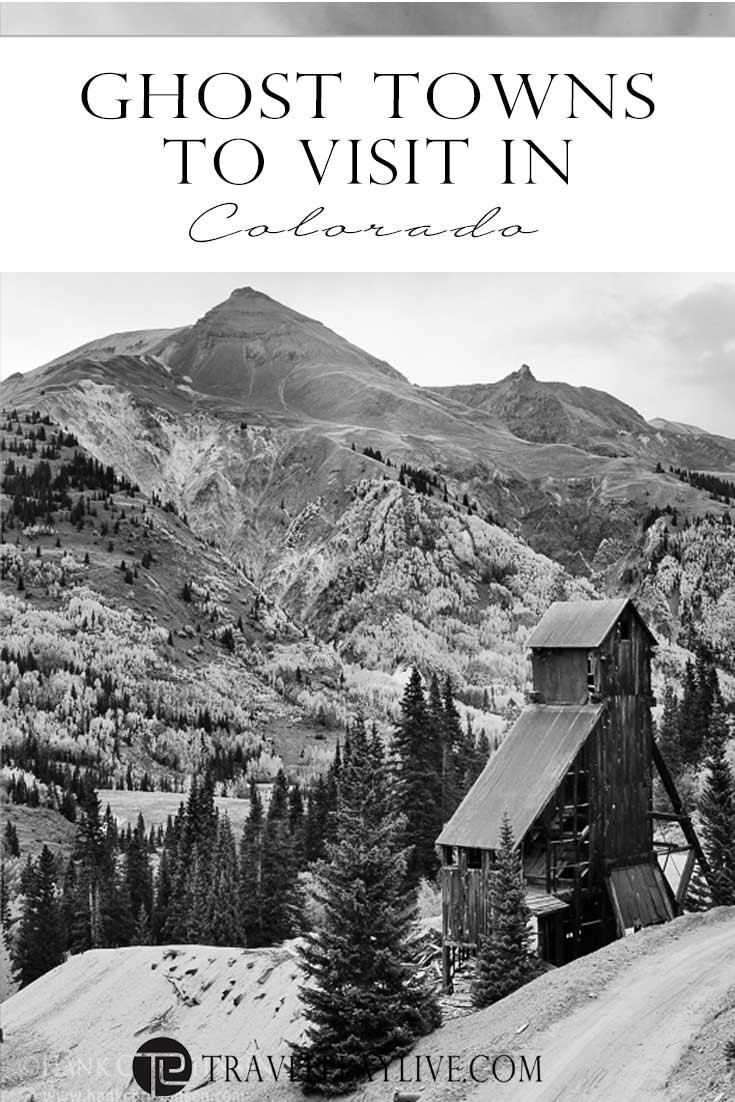