ANGELA SAURINE gets the thighs burning and heart pumping during a post-isolation adventure in her home city on a Sydney Harbour Bridge climb.

I’ll admit I’d become complacent. Having lived in one of the most beautiful cities on the planet for most of my life, I’d done what I swore I’d never do: slipped into the trap of taking its sparkling harbour and sights such as the bright white sails of the Sydney Opera House for granted. But standing atop its other famous landmark, the Sydney Harbour Bridge, soaking in the fresh air, sunshine and 360-degree views, I am reminded just how lucky I am. Perhaps COVID-19 has something to do with this heightened feeling of gratitude. After weeks of being in stuck in my unit for most of the day during lockdown, and with no idea when I’ll be able to travel overseas again, I’m relishing the feeling of adventure. That long dreamt of hiking trip to Bhutan may be off the cards for the time being, but it feels reassuring to know that I can still get my heart pumping and thighs burning while exploring my hometown.

On the day of the climb, my friend Sonya and I don our best activewear and head into the city. I’m not sure exactly what to wear for the climb, but a helpful presentation beforehand tells you how many layers you’ll need under the supplied overalls depending on the day’s conditions. I chuckle at the image of a woman in a bikini but imagine on a sweltering day it would be entirely appropriate. We slip into a harness and strap all our accessories on, including a cap, beanie and gloves. Sunglass straps are also provided, and a supplied hanky goes around the wrist in case of any winter sniffles.

Of course, things are a bit different in a post-COVID world, with BridgeClimb Sydney introducing new measures to ensure the safety of climbers. All climbs are carried out in small groups of 14, with social distancing enforced and extra hand sanitising stations now placed throughout the climb base below the Bradfield Hwy.

Our sprightly young guide Debbie, who also works in musical theatre and seems to approach this role with the same energy and enthusiasm, begins by acknowledging the land’s Traditional Owners. We are advised to hold on with both hands as we set out on our climb, and I am more than happy to oblige. At first, it’s nerve-wracking walking below the road-deck towards the South-East Pylon, hearing cars and trains whiz by. But once we conquer the four ladders and reach the upper arch, I feel much more at ease.

Debbie tells us to stay 1.5m apart as we walk along the arch, “in case anyone at the Opera Bar sees us and doesn’t think we are social distancing”. But the bar is empty, and the Opera House foreshore is eerily quiet without the hordes of international tourists it usually attracts. But there is still lots of activity on the water, including sailing boats, inflatable navy boats and ferries, whose passengers wave up at us. With long photo stops, there’s plenty of time to be mindful. As well as the magnificent harbour, we take in landmarks such as the Garden Island naval base, the Anzac Bridge, Glebe Island Bridge, the Crown casino complex being built at Barangaroo and the Blues Point Tower apartment tower in North Sydney, designed by acclaimed architect Harry Seidler. It’s a clear, albeit windy, day and we can see the Blue Mountains in the west.

Throughout the journey, Debbie reveals fascinating facts about the city. We learn that the tiles on the roof of the Opera House are self-cleaning, and that the colour of the paint on the Harbour Bridge is copyrighted Bridge Grey. I find myself thinking about the country’s convict history as we hear about Fort Denison, a former prison where a murderer’s body was left hanging for four years as a warning to others.

It took eight years to build the bridge and three workers fell off during its construction. One, Vincent Kelly, survived, with injuries such as broken ribs and burst eardrums. He was back at work 17 days later. The bridge opened on March 19, 1932 – and Debbie’s grandfather was one of the first school kids to walk across it during opening celebrations.

I feel a strange sense of pride that BridgeClimb Sydney was the first tourism operator on a bridge anywhere in the world when it opened in 1998. The process to found it took ten years – longer than it took for the bridge to be built. But the experience’s founder, entrepreneur Paul Cave, showed inspiring perseverance. When City of Sydney Council came back with 73 reasons why he couldn’t do it, he found a solution to every single one. Right now, I’m glad he did, as it has allowed me to enjoy an exciting and rewarding experience in my own back yard.

BridgeClimb Sydney’s holiday at home special, BridgeClimb Unlocked, offers climbs from $198 for adults (a 35 per cent saving) between 10am to 3pm on Fridays, Saturdays and Sundays until December 19, 2020. During the spring school holidays, from September 26 to October 11, kids can also climb for $99 – a saving of more than 50 per cent.

The 3.5-hour Summit Climb ascends on the upper arch of the bridge, and suits those who are confident scaling ladders to reach the top. The 2.5-hour Summit Express Climb follows the Bridge’s lower arch to reach the top, and suits those who are curious about the bridge’s architecture and want to feel they are in the belly of the steel structure. There are fewer stops along the route and no ladders.

The writer was a guest of BridgeClimb Sydney. 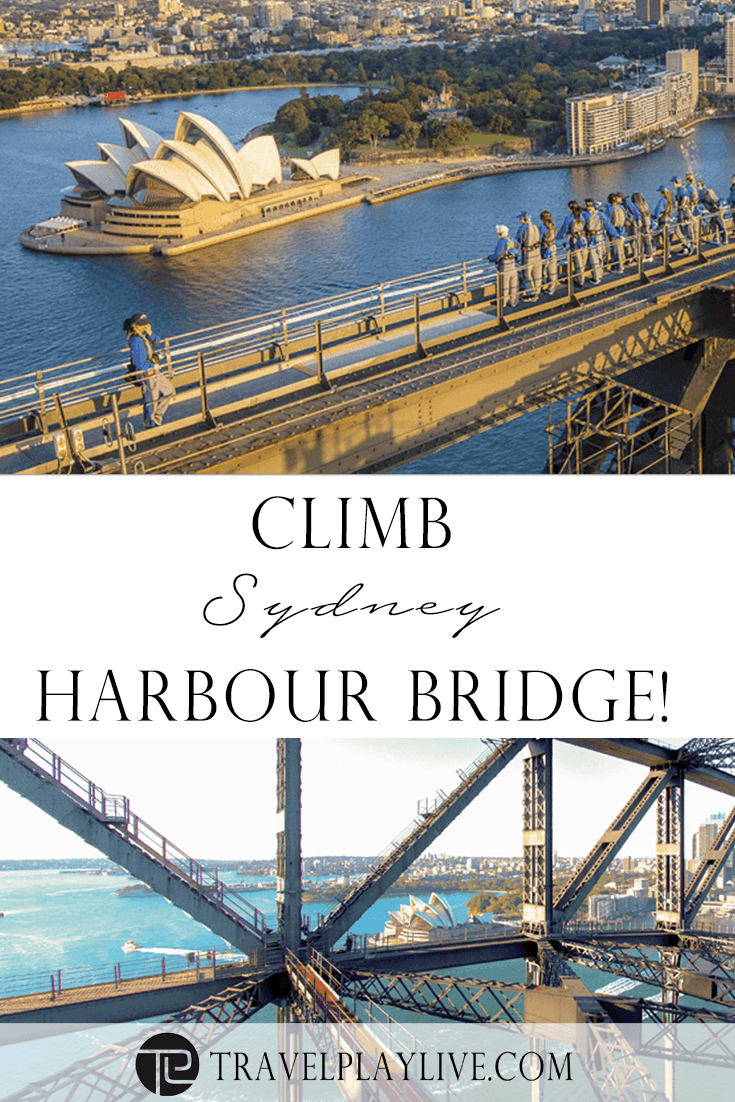 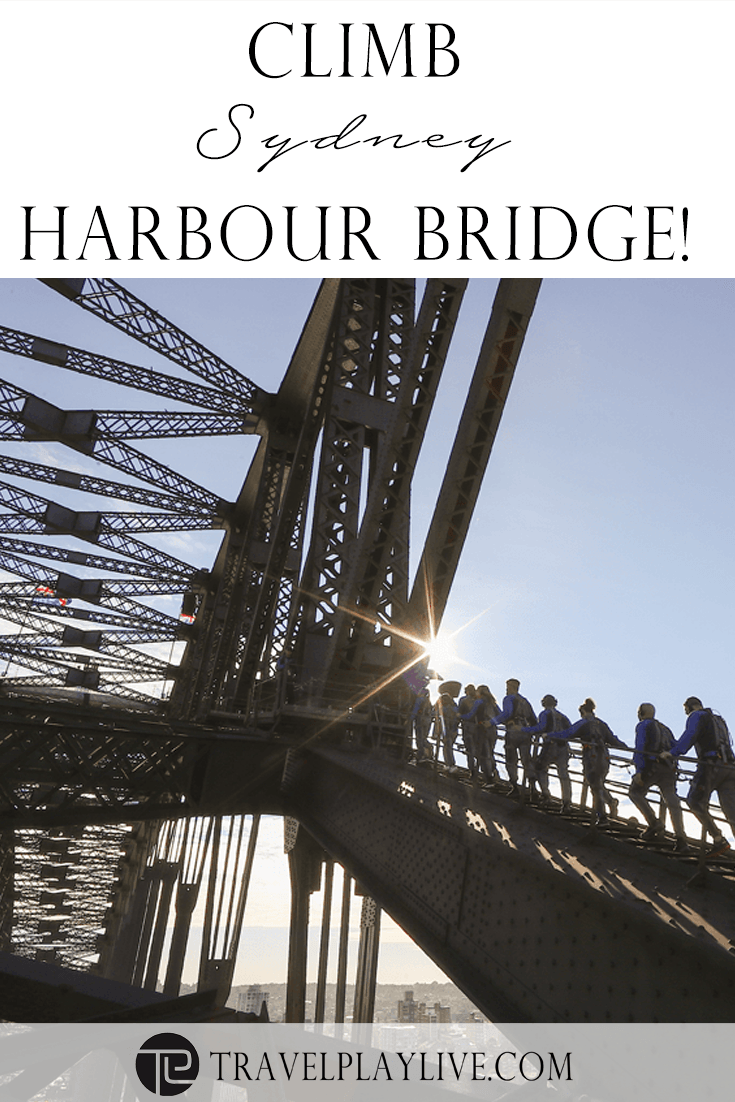 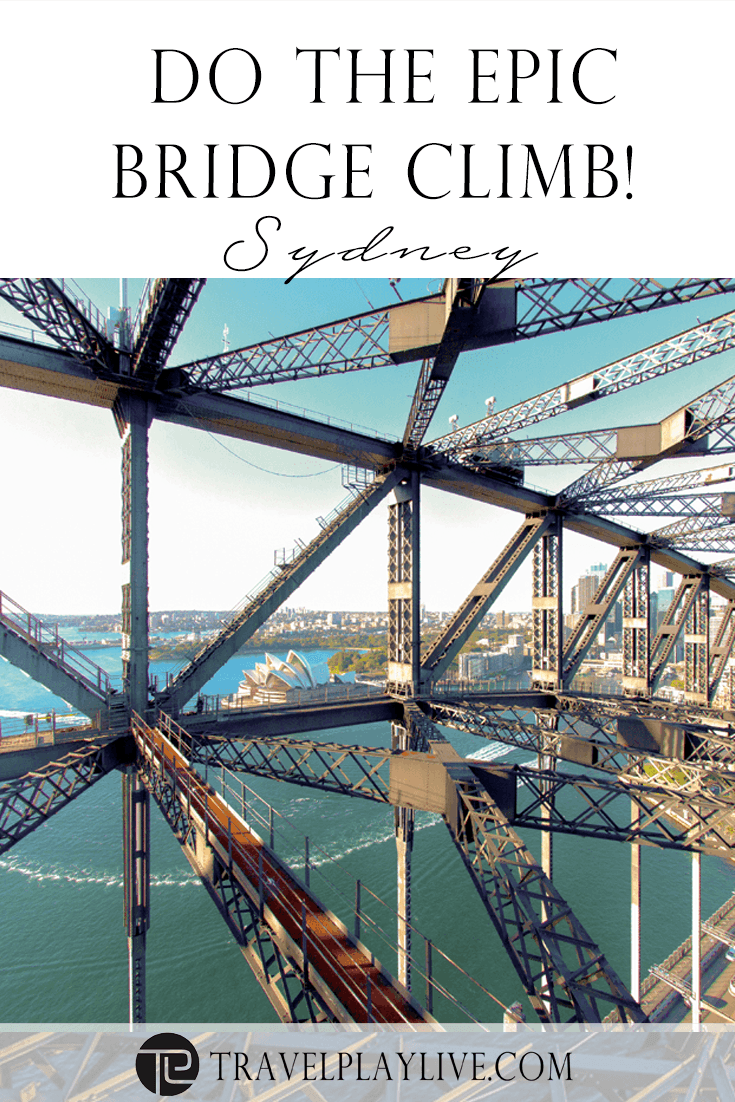