Memories of That Awesome Time You Never Had

Home » Uncategorized » Memories of That Awesome Time You Never Had
a

The 80’s were a particularly wild and fun time for me, and Boy George was, and still is, one of my all-time idols, so I’m not even going to pretend for one second, I’ve never worn a dress before. What I’ve never done, however, is wear one hiking. Until the other day, that is. Because if Instagram is to be believed (and why wouldn’t you believe what you see on social media?) there’s a whole new generation of women giving the practical hiking gear a miss, and opting instead for pretty floral dresses out on the trails.  Especially on top of mountains and at the bottom of waterfalls. So I thought I’d get on board and give it a whirl. Literally.

Now before you say anything, I know damn well it’s not my place to be the fashion police. You don’t tell me not to wear my ridiculous, 30 years too late, mid-life-crisis 80’s bondage pants, and I won’t tell you not to wear your floral dress while summiting Everest in the quest for, presumably, more outdoor cred. Or Instagram followers. Deal? Cool.

To be fair, as someone with a background in marketing, I’ve dealt in aesthetics and lies for longer than most of these social media ‘influencers’ have been alive, so I’m not really in a position to talk about the problem with bullshit imagery either. And there’s no doubt seeing people in the outdoors in their long, flowy, colourful dresses is a lovely aesthetic. I am a little concerned about the message it sends though.

You see, for some reason, us blokes don’t feel the need to whack on a suit when we’re in the outdoors. Unless I missed the memo, for the most part, we just get to be adventurers. Throw on our practical hiking gear, and we’re good to go. This idea that some people, women included, seem to think women still need to be eye candy in the outdoors kind of shits me. Not as much as it shits me that I only have 2,000 Instagram followers while they and their floral dresses have 100,000+, but it still shits me quite a bit.

Does their value as adventure lovers really hinge on how good they look in a dress they’d never actually wear on an adventure in the outdoors? Are they genuinely hiking somewhere, presumably with their dress in a pack, then putting it on purely for the shoot? Are their photos representative of an adventure they actually had or is it more like an ad campaign for some overpriced luxury fragrance that doesn’t exist? So. Many. Questions.

People like me have been creating bullshit images like this for decades for various brands, so I suppose it could be considered empowering for people to be doing it themselves. Taking control of their lives and their wardrobes, and taking their own completely fake images and using them to build an audience and make a living. Like I said, who am I to tell someone what they should or shouldn’t wear, or the kinds of images they should or shouldn’t take and share?

But the other day at some rice terraces in Bali I watched a woman in a floppy hat and beautiful red dress angrily shout instructions at her InstaBoyfriend, (who was clearly about as capable of harvesting all that rice by hand as he was at taking the perfect Instagram shot for her), before turning on her happiest #blessed smile for the camera. It made me wonder: what will that image mean to her? Will she look at it and be reminded of how her InstaClueless boyfriend couldn’t take a great Instagram shot if his life depended on it? Or would she imagine the same, picture-perfect life she was hoping everyone else would when they saw it on social media with the perfectly curated collection of hashtags later that day?

And that slow shutter speed surreal waterfall shot with the guy and the girl holding hands in the foreground? Again, picture perfect. Just the way #Love and #RelationshipGoals should be, unless you consider the fact that standing perfectly still for 10 seconds so that the waterfalls blur nicely in the background is kind of contrived and not at all real life. You know, unless you’re shooting the latest campaign for that luxury handbag place.

So are people, adventurers or otherwise, defined by their clothes? Of course not. At least, they shouldn’t be. Except we all are at times, aren’t we?  Are some of these people creating pictures of moments that never happened more artist than adventurer? Possibly. And as I hope I’ve made clear, it’s not for me to judge who is and isn’t a worthy adventurer. I just hope this doesn’t create a whole new level of expectation for women in the outdoors. About what they should wear – especially if it’s a long flowy dress. Surely just being out there adventuring, and taking photo of a moment that actually happened, should be enough? 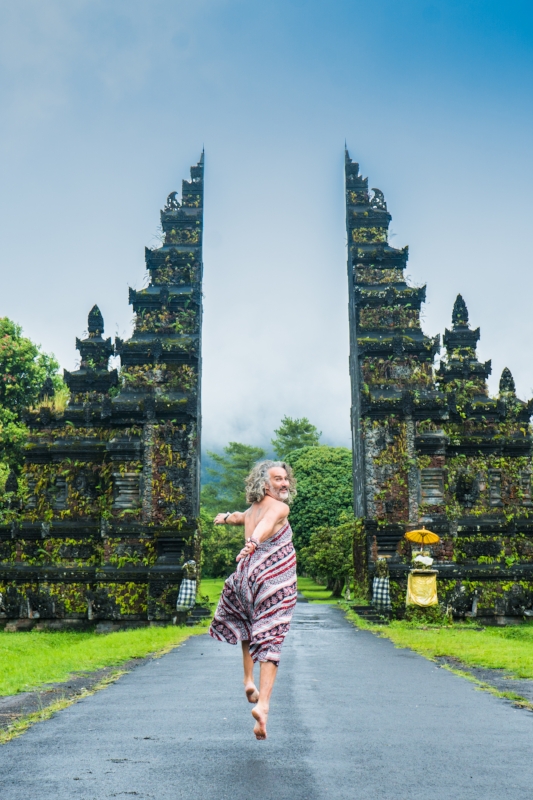 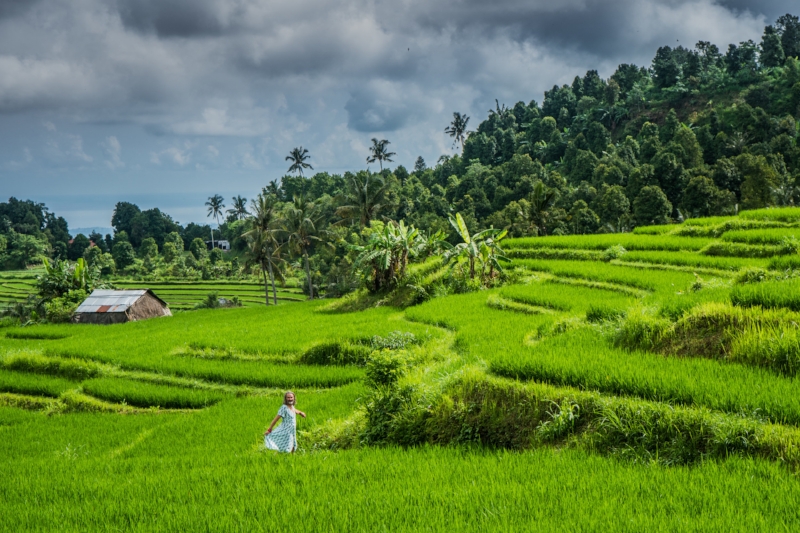 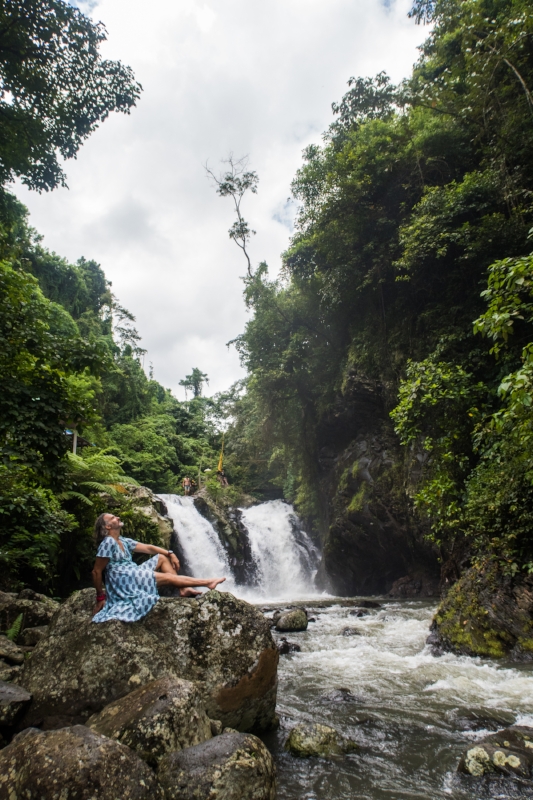 It used to be we were merely worried about filters and would proudly proclaim #NoFilter if we happened to take a half decent shot that wasn’t retouched up the wazoo. Now that picture on social media is just as likely of something that never even happened. At best a re-creation of something we didn’t quite get a shot of the first time. At worst, a complete fabrication of a moment that happened nowhere other than in our imaginations, for the purpose of sharing it with the world, in an effort to tell a story of pure fiction. That moment we never spent standing still at the bottom of that waterfall. That time we didn’t stare off meaningfully into the distance over that mountain range. That magical day we didn’t frolic through the rice fields together. And make no mistake, I’m personally guilty of all these cliche creations and more. (Now you can add ‘wearing a completely impractical dress while doing it’ to the list as well. Guilty. As. Charged.)

And yeah, OK, I confess, perhaps I’m also a little jealous. Guys don’t have to worry about the glass ceiling, fighting for equal pay, being sexually harassed by a US President, or what to wear in the outdoors. But it’s really difficult getting free stuff by being a social media influencer unless you can get the floral dress, or I’m told, maybe the bikini yoga thing, going on. (And yeah, I tried bikini yoga as well, but it didn’t quite fire for me.) But hey, count me in on the whole dress thing. I’m not sure if it’ll make me InstaFamous anytime soon, but it’s kind of liberating. And the cool breeze down below is rather lovely too. Who knows, in an age of non-binary gender neutrality, perhaps we’ll all be wearing dresses soon enough anyway. In the meantime, don’t hate me for trying to get in on the action. Fair’s fair. Equality and all that. And do feel free to follow me on Instagram to see more of my beautiful shots of perfect moments that never actually happened. Just look for @TheSwashbuckler – I’m the dude in the dress.