Where to go on a North Queensland road trip

We round a sweeping bend and there’s a large black blob on the verge. The black thing moves. Sunlight catches the distinct triangle shaped casque atop a long neck and I realise there’s a mammoth cassowary about 50m ahead. Startled, I hit the brakes and  call out “cassowary” to Lisa as our motorhome gears down to a snails pace. Oddly, the cassowary is seated on its haunches a few feet from the asphalt and I get an intimate look at its colossal three-toed feet with their lethal, dagger-like talons as we sidle safely past. Aggrieved cassowaries use their powerful feet, which can grow as large as a tennis racket, as weapons and I’m momentarily mesmerised, gawking at its feet and a cobalt blue neck graced with a pair of dangling scarlet hued wattles.

Lisa and I look at each other, both stunned to have seen a cassowary so close. But we’re also immediately concerned that this marvellous creature is going to be struck by a truck barrelling down the Palmerston Highway. Southern cassowaries  can grow up to two metres tall, weigh more than 80kg and are listed as endangered. Population numbers are estimated to be as little as a few thousand across their north Queensland habitat with vehicle accidents, dog attacks and loss of habitat their main threats.

A short distance along the winding road we find a safe place to pull over, walk back to find the cassowary and spend the next hour waving down traffic, begging drivers through sign language to slow down. A number of times the bird seems about to step out onto the road and I can’t bear to watch the seemingly inevitable accident. Eventually a QLD Parks Ranger arrives and ‘encourages’ the bird into the safety of the forest and we resume our journey.

Four days earlier we’d collected a motorhome from the Let’s Go depot in Cairns and driven south to Mission Beach, a known cassowary habitat, as the first stop on a 7 day road trip. Bathed in winter sun and with an endless sweep of beach to walk, run and ride our mountain bikes on, the laid-back coastal hamlet beneath the coconut palms is a popular road tripping haunt. Some creative nomad called Dan had even built a popup beach bar amongst the palms right in front of the Mission Beach Camping and Caravan Park where we camped one night. With an enticing choice of parks dotted along the coast the motorhome proved the perfect mobile home base in which to ‘circumnavigate’ Cairns in north Queensland.

Our deluxe home on wheels is a Jayco 4 Berth Conquest and has all the comforts for a week on the road. There’s air conditioning, large picture windows with fly screens, two double beds, a toilet and hot shower, a kitchen equipped with full size fridge, gas stove and microwave and a dining area. A massive roll-out awning,  camp chairs and a folding table doubles our living space. One really clever feature is that both front seats swivel around (when not in use obviously!) which increases indoor seating capacity.

Leaving the coast behind we head inland to the Atherton Tablelands, with our next overnight stop at Henrietta Campground. For the bargain price of $13.50 we park in an idyllic campsite immersed in the rainforest with a walking trail to Nandroya Falls and a burbling stream within earshot. The next morning the true treasures of the campsite is revealed as we awake within the embrace of the forest.

Dew drips. A bird call ‘whips’. Another coos softly in the canopy overhead. Low down on the forest floor an unseen critter rustles through fallen leaves. Further away the gentle murmur of water gliding over rocks creates a pleasing soundtrack as I wrap my hands around a steaming cup of tea, inhaling the damp aromas of a fertile forest.

Soon, shards of sunshine filter through the dense canopy casting a golden glow across foliage in every hue of green imaginable. A rope-like vine is twisted skywards. Moist droplets glint on a spider’s web awaiting an unsuspecting insect. As I absorb the stillness, I feel like a privileged intruder granted entry into a secret world.

After hiking to the waterfall and riding to a swimming hole we pack up the motorhome and drive further into the high country bound for Lake Eacham, one of a handful of volcanic crater lakes in the region. Stopping by Lake Barrine Teahouse which sits on the rim of a flooded crater, there’s not enough time to explore the lake on a scenic cruise but there is time to devour home-baked scones at the hundred-year-old teahouse. A short distance away is our home for the night, Lake Eacham Tourist Park, a short bike ride from another flooded crater, Lake Eacham. The lake is a popular swimming spot with landscaped gardens and a grassy terrace tumbling into crystal clear water. There’s also a 3km walking trail circling the lake which passes through an ancient forest with gnarly tree roots large enough to walk through.

Following an early morning ride around Lake Eacham we continue north through the Tablelands as the landscape changes from lush wet tropics to eucalypt trees and bushland more typical of southern Australia, interspersed with sugarcane plantations under harvest and cattle stations reaching beyond the western horizon. We silence our hunger pangs with juicy steak sandwiches and hand-cut chips at the National Hotel at Mt Molloy before pulling into the Daintree River View Van Park. On the southern banks of the Daintree River, the shady park has its own fascinating museum created by Sally and Peter Maher who have transformed the former derelict site into a peaceful sanctuary over the past ten years.

The nearby Daintree Rainforest is itself an ancient relic, thought to be over a hundred million years old. A living breathing example of history through evolution, the soul of the Daintree is evident as soon as we step foot on its precious soil. Protected under World Heritage status, the best way to ‘feel’ the Daintree is to lace up our walking shoes, suck in lungs full of forest-filtered air, silence the chatter and simply allow the Daintree to work its soul-enriching magic.

Daintree village is our final destination before returning to Cairns and it feels like the Daintree has dusted a gentle sprinkling of nature’s sparkle across my shoulders that lingers long after her forest-clad ranges retreat in the distance. 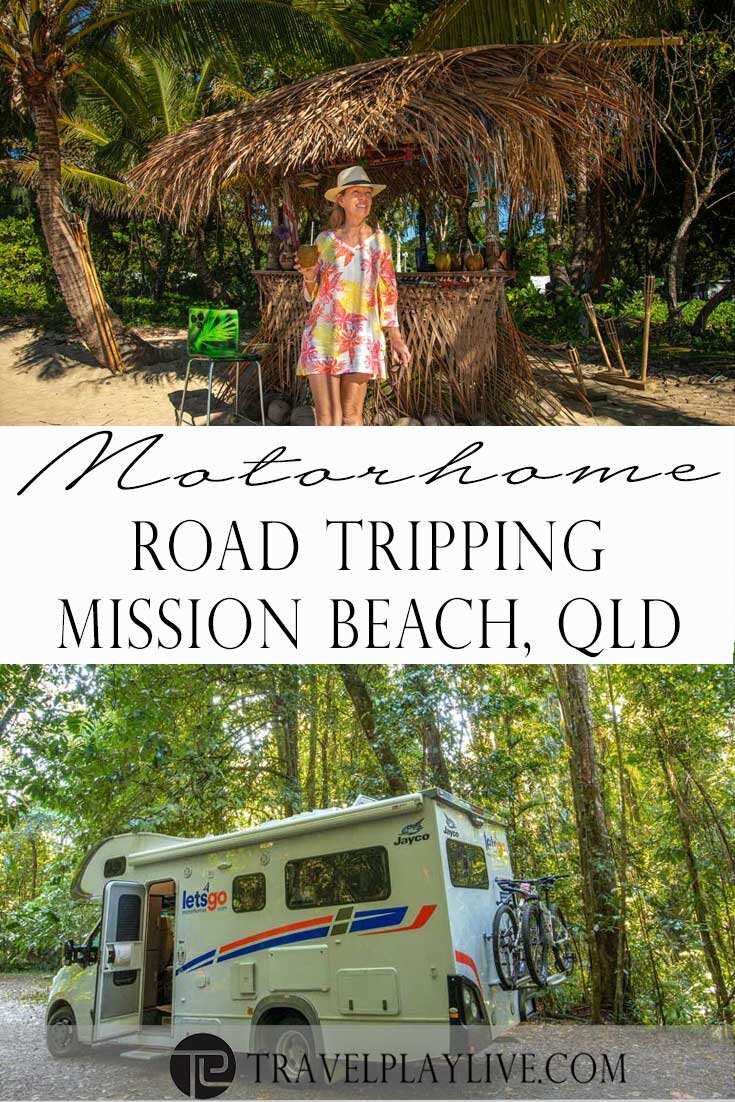 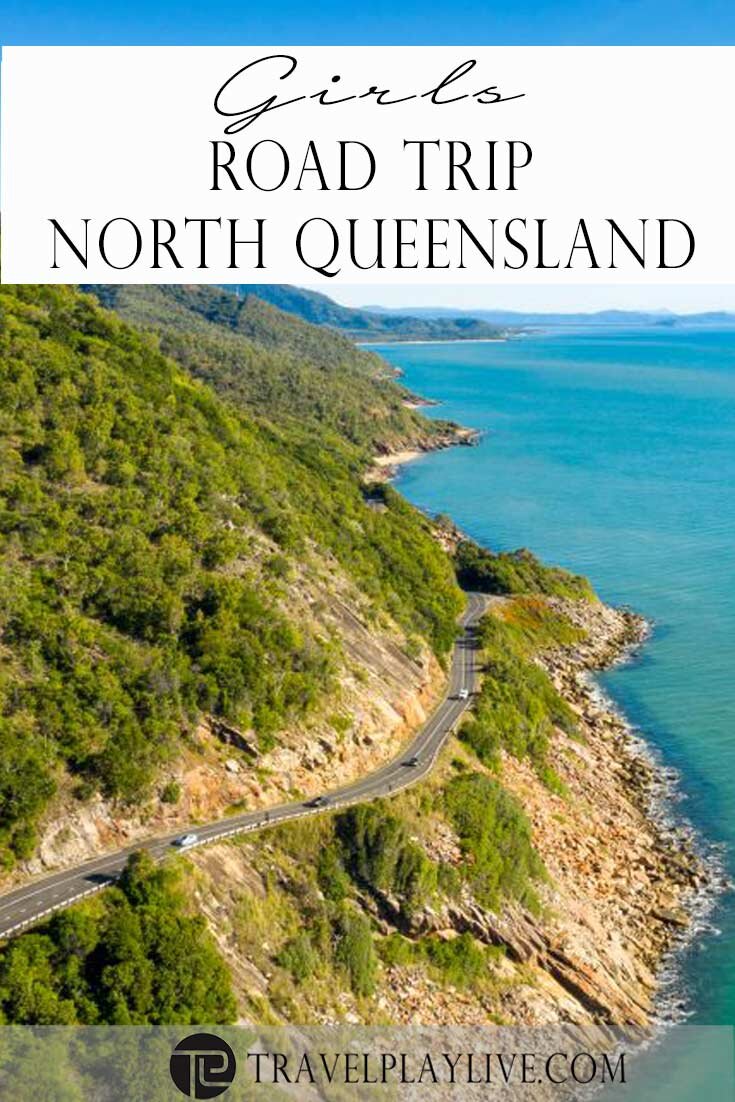 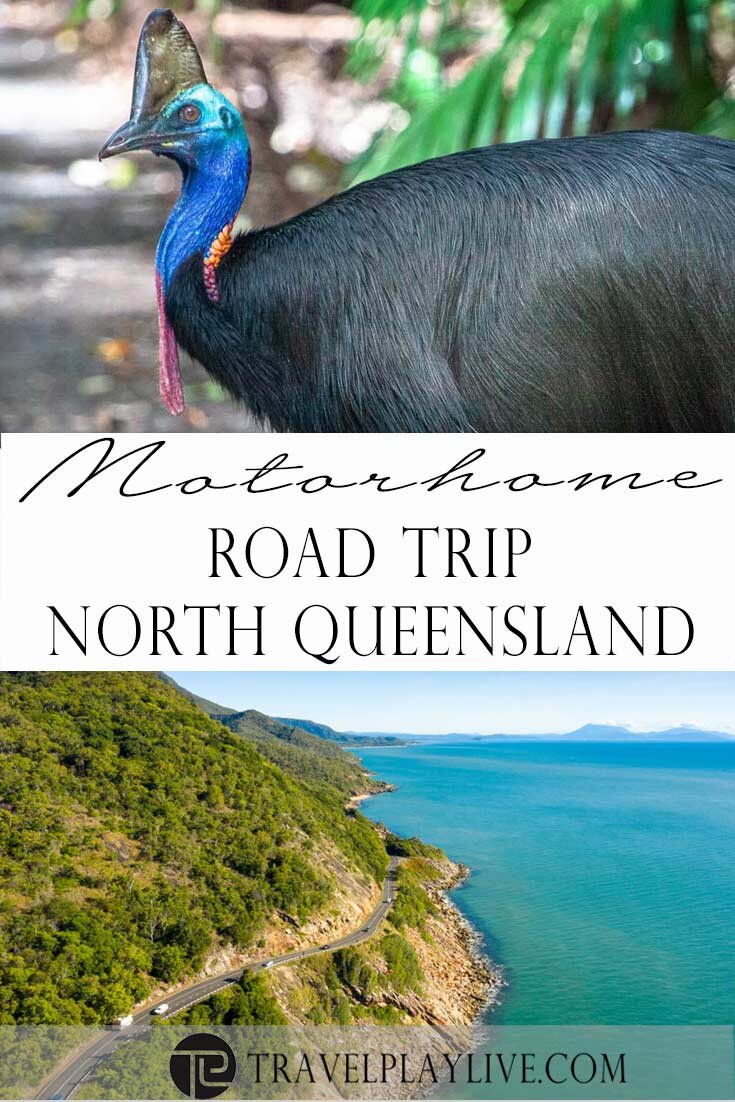